Between 1892 and 1917, 104 communities in Iowa sought money from Andrew Carnegie to build public libraries.  The active response of Iowa's communities meant   that Iowa received the 4th highest number of grants nationwide, and built the 6th highest number of public libraries. Iowa also acquired the 3rd highest number of academic libraries during the period of Carnegie's program.  Dedicated as the Corydon Public Library, Wayne County, in  June 20, 1919, this was the final Carnegie library granted and opened in Iowa. It was designed by Proudfoot, Bird, and Rawson of Des Moines and was used until August 12, 1977 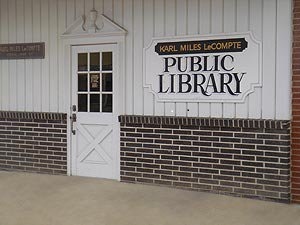